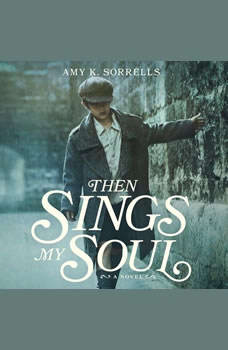 Then Sings My Soul

1904, Chudniv, Ukraine. Playing hide-and-seek in bucolic fields of sunflowers, young Jakob never imagines the horrific secrets he will carry as he and his brother escape through genocide-ridden Eastern Europe. 1994, South Haven, Michigan. At age 94, time is running out for any hope that Jakob can be free from his burden of guilt. When Jakob&rsquo;s wife dies, he and his daughter, Nel, are forced to face the realities of his worsening dementia?including a near-naked, midnight jaunt down the middle of main street?as well as emerging shadows Nel had no idea lay beneath her father&rsquo;s beloved, curmudgeonly ways. While Nel navigates the restoration and sale of Jakob&rsquo;s dilapidated lake house, her high school sweetheart shows up in town, along with unexpected correspondence from Ukraine. And when she discovers a mysterious gemstone in Jakob&rsquo;s old lapidary room, Jakob&rsquo;s condition worsens as he begins having flashbacks about his baby sister from nearly a century past. As father and daughter race against time to discover the truth behind Jackob&rsquo;s fragmented memories, the God they have both been running from shows that he redeems not only broken years, but also the future.