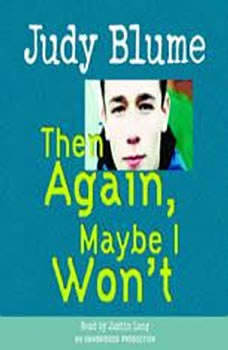 Then Again, Maybe I Won't

Ever since his dad got rich from an invention and his family moved to a wealthy neighborhood on Long Island, Tony Miglione’s life has been turned upside down. For starters, there’s his new friend, Joel, who shoplifts. Then there’s Joel’s sixteen-year-old sister, Lisa, who gets undressed every night without pulling down her shades. And there’s Grandma, who won’t come down from her bedroom. On top of all that, Tony has a whole bunch of new questions about growing up. . . .

Why couldn’t things have stayed the same?