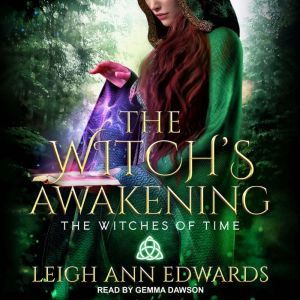 'A witch!' It's an accusation Arianna O'Sullivan dreads as she struggles to conceal her abilities from the suspicious villagers in Colonial Massachusetts. Saved from the pillory by a handsome, chivalrous stranger, Arianna senses an inexplicable connection. When she's given no choice but to marry the charismatic man even after discovering he's the grandson of an infamous witch-hunter, she fears her powers won't be restrained for much longer. Intrigued by the scarlet-haired beauty, Darius Wyndham recklessly weds her and brings her home to his settlement. Falling in love with his wife was never in the plan, and Darius grows suspicious of his new feelings. He never believed in witches, yet he certainly feels bewitched. Or could Arianna be his destiny? Arianna dares to believe she's finally found love and safety in the arms of her new husband, but when the spirit of his first wife appears with disturbing clues to her death and long-hidden secrets from their past, Arianna is left questioning everything. Contains mature themes. 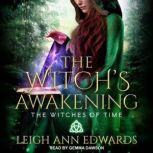 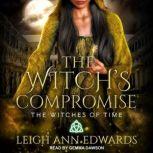 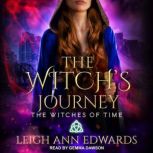 The Witch's Awakening
Witches of Time #1

The Witch's Compromise
Witches of Time #2

The Witch's Journey
Witches of Time #3