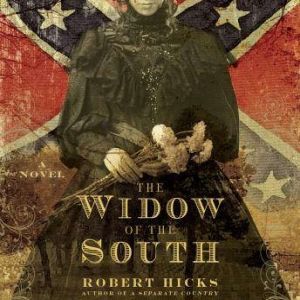 The Widow of the South

This debut novel is based on the true story of Carrie McGavock. During the Civil War's Battle of Franklin, a five-hour bloodbath with 9,200 casualties, McGavock's home was turned into a field hospital where four generals died. For 40 years she tended the private cemetery on her property where more than 1,000 were laid to rest.

Too many POV changes & it barely held my interest. If youre interested in the Battle of Franklin find a nonfiction book to read on the subject.

I dont know exactly what to say about this book. It was a little oddly written and the story was a bit unnerving even for a war history book. I dont know how much of it was accurate to the way that Mrs. McGavocks personality was, but the way this is portrayed shes rather a very odd duck. And her husband is rather strange too actually. I cant decide if this was an attempt at an actual portrayal of the people, or if it was a poor attempt at being deep and prophetic. I dunno, in the end if you like the history of the battle of Franklin this might be interesting to you. I wouldnt ever read it again but it wasnt the most horrible thing I have ever read either.