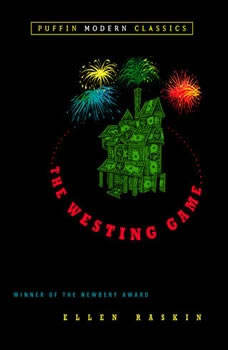 A bizarre chain of events begins when sixteen unlikely people gather for the reading of Samuel W. Westing’s will. And though no one knows why the eccentric, game-loving millionaire has chosen a virtual stranger—and a possible murderer—to inherit his vast fortune, on things for sure: Sam Westing may be dead…but that won’t stop him from playing one last game!

Winner of the Newbery Medal
Winner of the Boston Globe/Horn Book Award
An ALA Notable Book
"Great fun for those who enjoy illusion, word play, or sleight of hand." —The New York Times Book Review