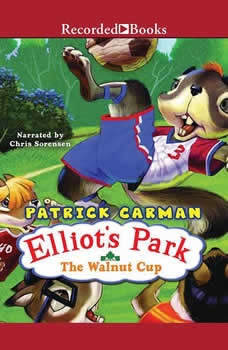 Kids can't get enough of the squirrels from Patrick Carman's fun-filled Elliot's Park series. In their latest adventure, Elliot and his furry friends are eagerly anticipating the Walnut Cup-a soccer competition that has the whole park buzzing. But the choice of ball-a perfectly round walnut-proves unfortunate when it's stolen by the nut-happy Pistachio.