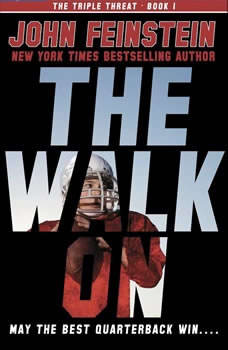 Alex Myers is a triple-threat athlete - great at football, basketball, and baseball. But he'll have to fight for a spot on the varsity team. Alex is a quarterback, but from the first day of football practice, it's clear that that position is very much filled by the coach's son, Matt. Alex finally gets a chance to show what he can do when Matt is injured, and he helps win a key game to keep the Lions' bid for the state championship alive. But just when his star is rising, Alex gets blindsided - the state has started drug testing, and Alex's test comes back positive for steroids. Alex knows that's not right. But he doesn't know if it's a mistake - or if someone wants to make sure he can't play...