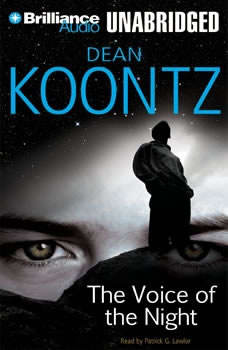 The Voice of the Night

No one could understand why Colin and Roy were best friends. Colin was so shy; Roy was so popular. Colin was nervous around girls; Roy was a ladies’ man. Colin was fascinated by Roy—and Roy was fascinated by death. Then one day Roy asked his timid friend: “You ever killed anything?” And from that moment on, the two were bound together in a game too terrifying to imagine…and too irresistible to stop.

keeps you on the edge of your seat

I hated this book at first because of where I thought it was going, but about halfway through, it won me over. The characters are thinly drawn and stereotypic, but there is true suspense that build throughout the story. I am glad that I stuck with it.I will say that the very end of the book was a little disappointing, but overall a good read.