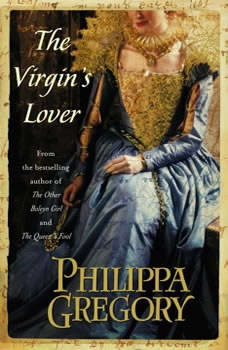 In the autumn of 1558, church bells across England ring out the joyous news that Elizabeth I is the new queen. One woman hears the tidings with utter dread. Amy Dudley, wife of Sir Robert, knows that the peal of bells she hears will summon her husband once more to power, intrigue, and a passionate love affair with the young queen. Elizabeth's excited triumph is short-lived. She has inherited a bankrupt country where treason is normal and foreign war a certainty. Her faithful advisor William Cecil warns her that she will survive only if she marries a strong prince to govern the rebellious country, but the one man Elizabeth desires is her childhood friend, the irresistible, ambitious Robert Dudley. Only Robert truly revels in the opportunities of the new reign. He knows he can reclaim his destiny at Elizabeth's side. Elizabeth cannot resist his courtship, and as the young couple slowly falls in love, Robert starts to think the impossible: can he set aside his wife and marry the young queen? Philippa Gregory paints a picture of a country on the brink of greatness, a young woman grasping at her power, a young man whose ambition is greater than his means, and the wife who cannot forgive them.