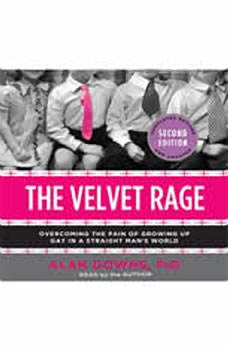 The Velvet Rage: Overcoming the Pain of Growing Up Gay in a Straight Man's World

Today's gay man enjoys unprecedented, hard-won social acceptance. Despite this victory, however, serious problems still exist. Substance abuse, depression, suicide, and sex addiction among gay men are at an all-time high, causing many to ask, "Are we really better off?" Drawing on contemporary research, psychologist Alan Downs's own struggle with shame and anger, and stories from his patients, The Velvet Rage passionately describes the stages of a gay man's journey out of shame and offers practical and inspired strategies to stop the cycle of avoidance and self-defeating behavior. Updated to reflect the effects of the many recent social, cultural, and political changes, The Velvet Rage is an empowering book that has already changed the public discourse on gay culture and helped shape the identity of an entire generation of gay men.
Recommended