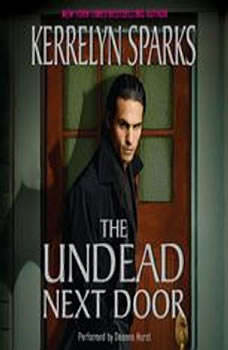 The Undead Next Door

Three signs that something is very different with your mew man:1. He sleeps all day . . . which would be annoying except he's so attentive at night.2. He's attacked by sword-wielding assailants, yet insists he can handle it on his own.3. He never seems to age. Heather Westfield has always lived a quiet life, but that all changes when she helps a very handsome, very mysterious stranger. There's something not quite right about Jean-Luc, but still, she's never been with a man so charming, so attractive . . . so wonderful. Now if only a murderous villain wasn't after them, they might get their happily-ever-after.

The Undead Next Door
Love at Stake #4