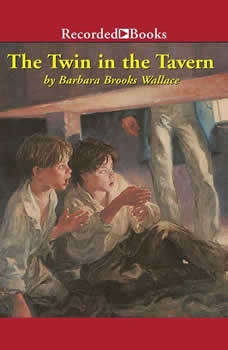 The Twin in the Tavern

Outside the wind is howling. Inside the empty house Taddy is shivering beneath a ragged blanket. He has been alone ever since his aunt and uncle died suddenly from a terrible fever. As his uncle was taking his final breath, he warned of danger in nearby Alexandria. Now Taddy is hiding, afraid of the unknown. When two rough-sounding men sneak in to steal the furniture, they force Taddy into their horse-drawn cart. The next thing he knows, he's in a tavern in Alexandria, working long hours for crumbs. He wants to run away, but he has nowhere to go-and something frightening waits for him out in the city. Winner of the Mystery Writers of America Edgar Award, Barbara Brooks Wallace crafts a suspenseful story of a youngster searching for a new life while battling his own fear. With Jeff Woodman's dramatic performance, historic Virginia bursts colorfully from the page.