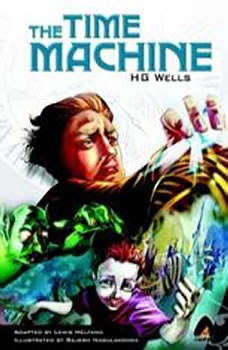 When the Time Traveller courageously stepped out of his machine for the first time, he found himself in the year 802,700--and everything has changed.  In another, more utopian age, creatures seemed to dwell together in perfect harmony.  The Time Traveller thought he could study these marvelous beings--unearth their secret and then retum to his own time--until he discovered that his invention, his only avenue of escape, had been stolen.

H.G. Well's famous novel of one man's astonishing journey beyond the conventional limits of the imagination first appeared in 1895.  It won him immediate recognition, and has been regarded ever since as one of the great masterpieces in the literature of science fiction.

Fix the past. Save the present. Stop the future. Master of science fiction Alastair Reynolds unfolds a time-traveling climate fiction adventure in Permafrost.2080: at a remote site on the edge of the Arctic Circle, a group of scientists, engineers a...