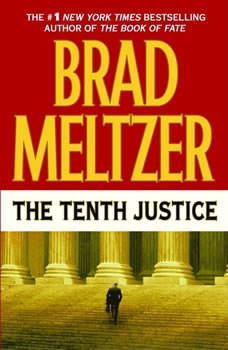 A conscientious supreme court clerk. The professionals who share his house. A minor slip-up.Ben Addison, fresh from Yale Law, is a new clerk for one of the Supreme Court's most respected justices. But when he accidentally reveals the secret outcome of an upcoming decision, a blackmailer makes millions and Ben starts to sweat. Big time. He turns to his co-clerk, Lisa, and his housemates, Nathan, Eric, and Ober, for help. Washington's best and brightest, they offer coveted insider access to the State Department, a major Washington newspaper, and the Senate. But before they know it, their careers-and their lives-are on the line.Where does loyalty end? Where does greed begin?And how much can you really trust your friends?

I generally like Meltzer's books but I just couldn't get into this one. The main characters were just too adolescent for my taste. I read about 3-4 chapters and stopped.