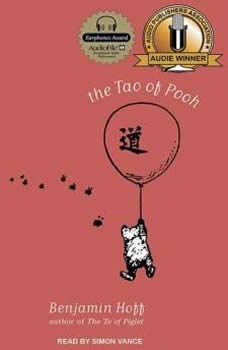 The Tao of Pooh

Winnie-the-Pooh has a certain Way about him, a way of doing things that has made him the world's most beloved bear. In The Tao of Pooh, Benjamin Hoff shows that Pooh's Way is amazingly consistent with the principles of living envisioned by the Chinese founders of Taoism. The author's explanation of Taoism through Pooh, and Pooh through Taoism, shows that this is not simply an ancient and remote philosophy but something you can use, here and now.And what is Taoism? It's really very simple. It calls for living without preconceived ideas about how life should be lived—but it's not a preconception of how life—it's.... Well, you'd do better to listen to this book, and listen to Pooh, if you really want to find out.

Zen in the Martial Arts
by Joe Hyams

A man who has attained mastery of an art reveals it in his every action.Samurai maxim Under the guidance of such celebrated masters as Ed Parker and the immortal Bruce Lee, Joe Hyams vividly recounts his more than twenty-five years of experience in...