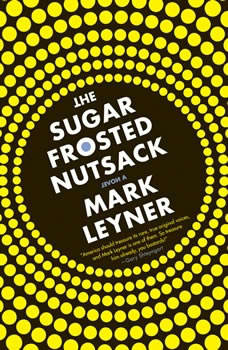 High above the bustling streets of Dubai, in the world's tallest and most luxurious skyscraper, reside the gods and goddesses of the modern world. Since they emerged 14 billion years ago from a bus blaring a tune remarkably similar to the Mister Softee jingle, they've wreaked mischief and havoc on mankind. Unable to control their jealousies, the gods have splintered into several factions, led by the immortal enemies XOXO, Shanice, La Felina, Fast-Cooking Ali, and Mogul Magoo. Ike Karton, an unemployed butcher from New Jersey, is their current obsession.Ritualistically recited by a cast of drug-addled bards, THE SUGAR FROSTED NUTSACK is Ike's epic story. A raucous tale of gods and men confronting lust, ambition, death, and the eternal verities, it is a wildly fun, wickedly fast gambol through the unmapped corridors of the imagination.