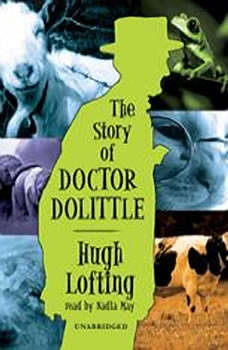 The Story of Doctor Dolittle

Doctor Dolittle, a little, lovable, old doctor, has so many animal pets that his people patients will not come to him any more. In fact, he likes the animals better, and he can talk to them, too! Soon his fame spreads all over the world and when the monkeys in Africa are stricken with an epidemic, its Dr. Dolittle to the rescue.