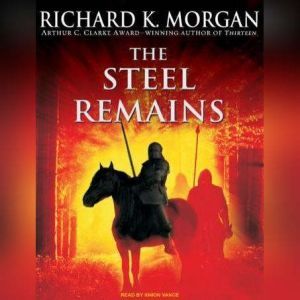 Series: A Land Fit For Heroes #1

Ringil, the hero of the bloody slaughter at Gallows Gap, is a legend to all who don't know him and a twisted degenerate to those that do. A veteren of the wars against the lizards, he makes a living from telling credulous travelers of his exploits. Until one day he is pulled away from his life and into the depths of the Empire's slave trade, where he will discover a secret infinitely more frightening than the trade in lives. Archeth—pragmatist, cynic, engineer, and the last of her race—is called from her work at the whim of the most powerful man in the Empire and sent to its farthest reaches to investigate a demonic incursion against the Empire's borders. Egar Dragonbane, steppe-nomad and one-time fighter for the Empire, finds himself entangled in a small-town battle between common sense and religious fervor. But out in the wider world there is something on the move far more alien than any of his tribe's petty gods. Anti-social, anti-heroic, and decidedly irritated, all three of them are about to be sent unwillingly forth into a vicious, vigorous, and thoroughly unsuspecting fantasy world—called upon by an Empire that owes them everything and gave them nothing.

Fans of Morgan's noir scifi stories, and there should be legions of them, will be surprised by this swords and magic novel. The 'hero' is a tough, cynical man with a big chip on his shoulder -a typical Morgan hero- and surprisingly he's also gay in a world even less tolerant of that than ours. The various subplots that converge as the story unfolds are hard to keep track of in the audio version - perhaps seeing the weird names and places in print would have helped. But this audio version Does give you the incomparable Simon Vance as the reader - NO ONE is better at reading a Morgan novel than this man. He could probably hold your interest by just reading the phone book out loud. Overall, this audiobook is worth a listen.

A Land Fit For Heroes Bundle 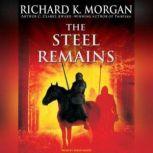 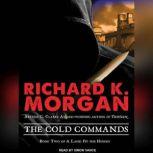 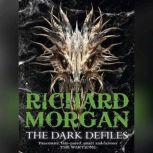 The Steel Remains
A Land Fit For Heroes #1

The Cold Commands
A Land Fit For Heroes #2

The Dark Defiles
A Land Fit For Heroes #3