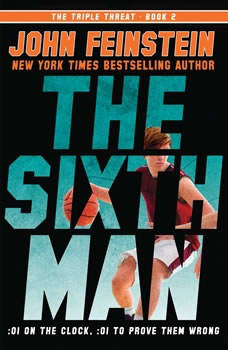 It's basketball season. And for once, triple threat Alex Myers is not the one in the spotlight. There's anew new guy in town, and Max Bellotti promises to turn the Lions' losing streak around and lead the team to a conference title. Alex is psyched, but some of the older guys on the team resent being benched in favor of an upstart freshman. Team morale is rocky at best. And when Max comes out as gay, not everyone takes the news in stride. Snide comments and cold shoulders escalate into heated protests and an out-and-out war with the school board. While controversy swirls around them, the Lions have to decide: Will personal issues sink their season, or can they find a way to stand together as a team?

The sequel to the #1 New York Times bestseller Travel Team!When you're the smallest kid playing a big man's game, the challenges never stop—especially when your name is Danny Walker. Leading your travel team to the national championship may se...