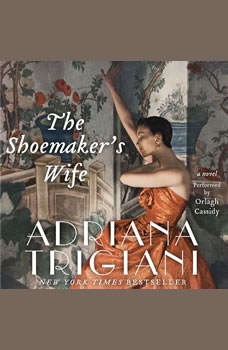 The Shoemaker's Wife: A Novel

Beloved New York Times bestselling author Adriana Trigiani returns with the most epic and ambitious novel of her career—a breathtaking multigenerational love story that spans two continents, two World Wars, and the quest of two star-crossed lovers to find each other again. The Shoemaker's Wife is replete with the all the page-turning adventure, sumptuous detail, and heart-stopping romance that has made Adriana Trigiani, “one of the reigning queens of women’s fiction” (USA Today). Fans of Trigiani’s sweeping family dramas like Big Stone Gap and Lucia, Lucia will love her latest masterpiece, a book Kathryn Stockett, author of The Help, calls “totally new and completely wonderful: a rich, sweeping epic which tells the story of the women and men who built America dream by dream.”

A pulse-pounding thriller by #1 New York Times bestselling phenomenon Vince Flynn, as Mitch Rapp heads to Afghanistan to track down a missing CIA agent.The four dead guards didn’t concern Mitch Rapp as much as the absence of the man they’...