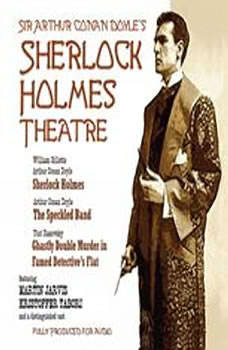 For all Sherlock Holmes fans, Blackstone Audiobooks is pleased to present the first audio recordings ever of the only two Holmes plays written by his creator, Sir Arthur Conan Doyle, The Napoleon of Crime and The Speckled Band, along with a newly created oneact comedy, Ghastly Double Murder in Famed Detectives Flat. These new, specially commissioned productions of the Hollywood Theater of the Ear star Audie Awardwinning readers and a full cast in three exceptional dramas, a unique, musthave audio for all Sherlockians.

The Adventure of the Mazarin Stone
The Sherlock Holmes Series