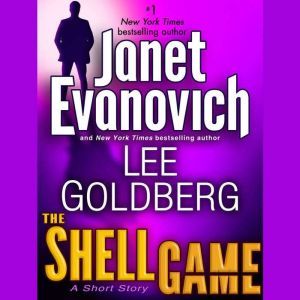 The Shell Game: A Fox and O'Hare Short Story

Con man Nick Fox is after Garson Klepper’s golden Peruvian relics. For Fox, convincing Klepper to hire him as security for the relocation of the relics to the Getty museum in L.A. was easy. Problem is, Fox wasn’t planning on Klepper also enlisting the help of the FBI. Fox also wasn’t planning on being paired up with rookie special agent Kate O’Hare. She’s smart, she’s tenacious, and when she’s conned, she holds a grudge. Life for Fox and O’Hare will never be the same again.

The Shell Game is a prequel to the riveting series from Janet Evanovich and Lee Goldberg, which continues with The Job on November 18.

Praise for the Fox and O’Hare series

“The laugh-out-loud humor that readers expect from Evanovich is in full force, and Goldberg’s crafty and elaborate writing is prominent. . . . Everyone will be eager for the next book in the series.”—Associated Press, on The Heist

“Great fun, with plenty of twists.”—The Sacramento Bee, on The Chase