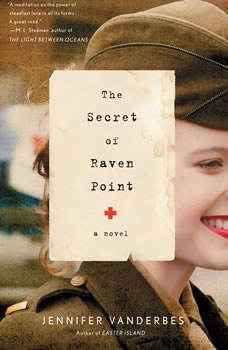 The Secret of Raven Point

1943: When seventeen-year-old Juliet Dufresne receives a cryptic letter from her enlisted older brother pleading for help, and then finds out he's been reported missing overseas, she lies about her age and volunteers as an army nurse to find him. Juliet is thrust into the bloody chaos of a field hospital, where she is increasingly consumed by the plight of her patients. One in particular, Christopher Barnaby, a deserter awaiting court martial, may hold the answer to her brother's fate - but the trauma of war has left him unable to speak. Juliet works with psychiatrist Henry Willard to heal Barnaby before the authorities take him away. Juliet and Willard are forced to plumb the moral nuances of a so-called just war, and to face the dangers of their own deepening connection.