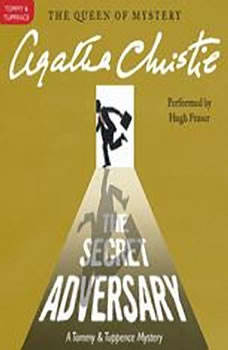 The Secret Adversary: A Tommy and Tuppence Mystery

The first Tommy and Tuppence mystery, including an all-new introduction by Agatha Christie expert John CurranTommy and Tuppence, two people flat broke and out of work, are restless for excitement. They embark on a daring business scheme—Young Adventurers Ltd.—"willing to do anything, go anywhere." But their first assignment, for the sinister Mr. Whittington, draws them into a diabolical, political conspiracy. Under the eye of the elusive, ruthless Mr. Brown, they find themselves plunged into more danger than they ever imagined.

The Secret Adversary: A Tommy and T...
Tommy & Tuppence Mysteries #1

By the Pricking of My Thumbs
Tommy & Tuppence Mysteries #4