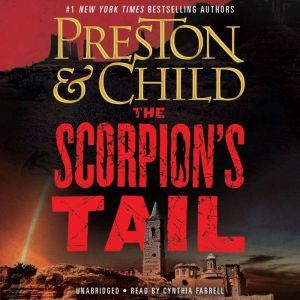 From #1 bestselling authors Preston & Child comes a thrilling novel following archaeologist Nora Kelly and FBI Agent Corrie Swanson as they work together to solve a twisted crime that reaches far beyond any of their worst fears.Following the acclaimed debut of Old Bones, this second "happily anticipated" new thriller in Preston & Child's series features Nora Kelly, archaeologist at the Santa Fe Archeological Institute, and rookie FBI Agent Corrie Swanson, as they team up to solve a mystery that quickly escalates into nightmare (Booklist).A mummified corpse, over half a century old, is found in the cellar of an abandoned building in a remote New Mexico ghost town. Corrie is assigned what seems to her a throwaway case: to ID the body and determine cause of death. She brings archaeologist Nora Kelly to excavate the body and lend her expertise to the investigation, and together they uncover something unexpected and shocking: the deceased apparently died in agony, in a fetal position, skin coming off in sheets, with a rictus of horror frozen on his face.Hidden on the corpse lies a 16th century Spanish gold cross of immense value.When they at last identify the body -- and the bizarre cause of death -- Corrie and Nora open a door into a terrifying, secret world of ancient treasure and modern obsession: a world centered on arguably the most defining, frightening, and transformative moment in American history.

I love all of Preston and Child's Pendergast books, (well most of them except the "Helen" series) but these two latest books featuring Corrie Swanson and Nora Kelly are awful! The narration is extremely poor and hard to listen to. The story is juvenile and the characters are thoroughly unlikeable. I could not finish it and hope they will get back to the Pendergast series.