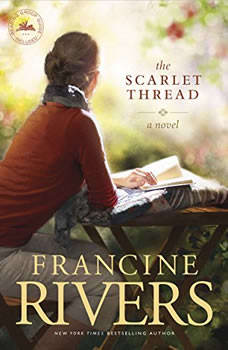 Two women, centuries apart, are joined through a tattered journal as they contend with God, husbands, and even themselves . . . until they fall into the arms of the One who loves them unconditionally. Sierra Madrid?s life has just been turned upside down when she discovers the handcrafted quilt and journal of her ancestor Mary Kathryn McMurray, a young woman who was uprooted from her home only to endure harsh conditions on the Oregon Trail. Though the women are separated by time and circumstance, Sierra discovers that many of the issues they face are remarkably similar. By following Mary Kathryn?s example, Sierra learns to surrender to God?s sovereignty and unconditional love. Narrators: Angela Rogers, Alma Cuervo

I really enjoyed this modern day romance. As a newly wed I could really relate to the way the main characters were treating each other.