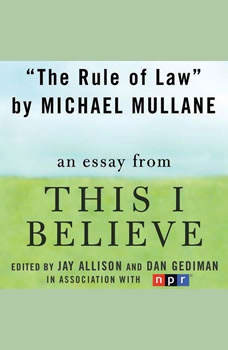 The Rule of Law: A "This I Believe" Essay

Professor and attorney Michael Mullane says that we are all protected by and accountable to the law, in "The Rule of Law," his contribution to NPR’s This I Believe series.