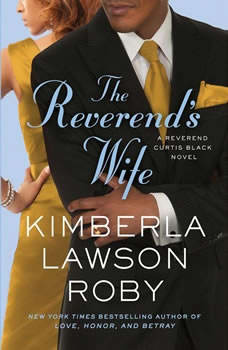 From New York Times bestselling author Kimberla Lawson Roby comes the ninth installment in her award-winning Reverend Curtis Black series. It's been months since Reverend Curtis learned that his wife Charlotte had affairs with two different men, and for now, he continues to be cordial and respectful to her. But he's also made it clear that once their son Matthew graduates high school, he will be filing for divorce. Charlotte, on the other hand, continues to do everything possible to make amends in hopes of saving their marriage. Unfortunately, Curtis is ready to move on and is being propositioned by a woman who desperately wants to become the next Mrs. Curtis Black. When the situation heads down a path that is frighteningly shocking, could it be the final blow to this once blessed union?

New York Times best-selling author Carl Weber and award-winning novelist Eric Pete team up to deliver the first in a much-anticipated new trilogy. The Family Business features two times the heat, two times the fun, and two times the drama as the mem...

Right from the start, Bigger Thomas had been headed for jail. It could have been for assault or petty larceny; by chance, it was for murder and rape. Native Son tells the story of this young black man caught in a downward spiral after he kills a yo...

Mega bestselling author Zane returns to the world of her hugely popular novels Addicted and Nervous in this dark and exhilarating follow-up featuring a beautiful but emotionally damaged pop star desperate and determined to enact revenge on those who...

Jemistry Daniels is a bitter woman and not trying to hide it. Even though she is beautiful, intelligent and makes six figures a year as a high school principal in Washington, D.C., one man after another has failed her. So she decides to give up and ...

The Best of Everything
A Reverend Curtis Black Novel