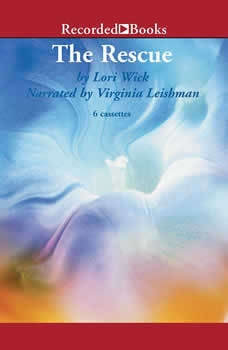 Acclaimed author Lori Wick is one of the best-selling Christian fiction authors in the world, with more than two and a half million copies of her books in print, including The Proposal (K1048). When Anne Gardiner slips off a ladder, she falls-quite literally-into the arms of a handsome stranger named Robert Weston. Anne's father decides the couple must marry immediately, but Robert isn't entirely fond of that plan. The Rescue is a moving story that shows how God's love can touch each person in a unique way.

The Proposal
by Lori Wick

Acclaimed, best-selling author Lori Wick's The Proposal is a moving tale of Christ's love at work in early 19th-century London. William Jennings is not married and likes it that way. But when a relative passes away, he is suddenly guardian of three ...

In the late 1800s, the adventurous Reagan Sullivan leaves the bustle of New York City and moves to the wide open spaces of Texas, to work as a nanny. Fiercely independent and headstrong, she trusts no man - not even God. But when Reagan meets Cash R...

The Visitor
by Lori Wick

Acclaimed author Lori Wick has penned more than two dozen books, which regularly top Christian best-seller lists. More than three and a half million copies of her books are in print. In The Visitor, Alexander Tate temporarily loses his eyesight when...