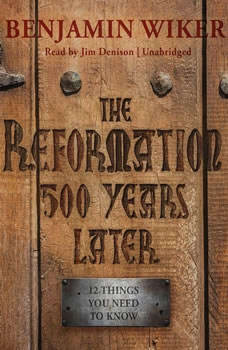 The Reformation 500 Years Later: 12 Things You Need to Know

The year 2017 is the five-hundredth-year anniversary of Martin Luther nailing his Ninety-Five Theses to the door of Castle Church in Wittenberg, Germanythe event that marked the beginning of the Reformation and the end of unified Christianity. For Catholics it was an unjustified rebellion by the heterodox; for Protestants, the release of true and purified Christianity from centuries-old enslavement to corruption, idolatry, and error.So what is the truth about the Reformation? To mark the five-hundredth anniversary, historian Benjamin Wiker gives us The Reformation 500 Years Later, a straightforward account that rejects the common distortions of Catholic, Protestant, Marxist, Freudian, or secularist retellings of this world-changing event.