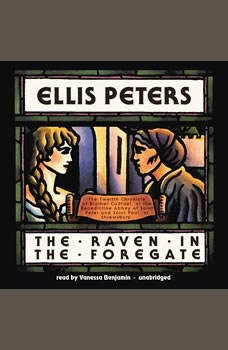 The Raven in the Foregate: The Twelfth Chronicle of Brother Cadfael

Christmas, AD 1141. Abbot Radulfus returns from London, bringing with him a priest for the vacant living of Holy Cross, also known as the Foregate. The new priest is a man of presence, scholarship, and discipline but of neither humility nor the common touch. When he is found drowned in the millpond, suspicion is cast in many directions—not least toward a young man who came in the priest’s train and was sent to work in Brother Cadfael’s garden, for he has little obvious priestly calling. Indeed, he soon attracts the friendship of a girl both beautiful and formidable. To Brother Cadfael—once worldly, now dedicated, if gently cynical—is left the familiar task of sorting the complicated strands that define guilt and innocence.

The Unquiet Bones
by Mel Starr