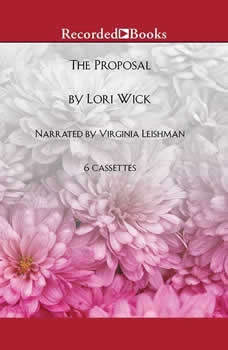 Acclaimed, best-selling author Lori Wick's The Proposal is a moving tale of Christ's love at work in early 19th-century London. William Jennings is not married and likes it that way. But when a relative passes away, he is suddenly guardian of three young children. This unexpected development provides him a male heir without the bother of a wife, yet the children quickly become more than he can handle. Finding help from a truly remarkable woman, he learns to see the world in a completely different light.

The Visitor
by Lori Wick

Acclaimed author Lori Wick has penned more than two dozen books, which regularly top Christian best-seller lists. More than three and a half million copies of her books are in print. In The Visitor, Alexander Tate temporarily loses his eyesight when...

The Rescue
by Lori Wick

Acclaimed author Lori Wick is one of the best-selling Christian fiction authors in the world, with more than two and a half million copies of her books in print, including The Proposal (K1048). When Anne Gardiner slips off a ladder, she falls-quite ...