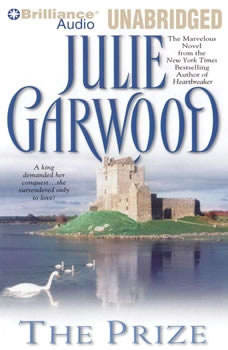 In the resplendence of William the Conqueror's London court, the lovely Saxon captive, Nicholaa was forced to choose a husband from the assembled Norman nobles. She chose Royce, a baron warrior whose fierce demeanor could not conceal his chivalrous and tender heart. Resourceful, rebellious and utterly naive, Nicholaa vowed to bend Royce to her will, despite the whirlwind of feelings he aroused in her. Ferocious in battle, seasoned in passion, Royce was surprised by the depth of his emotion whenever he caressed his charming bride. In a climate of utmost treachery, where Saxons still intrigued against their Norman invaders, Royce and Nicholaa revelled in their precious new love...a fervent bond soon to be disrupted by the call of blood, kin and country!