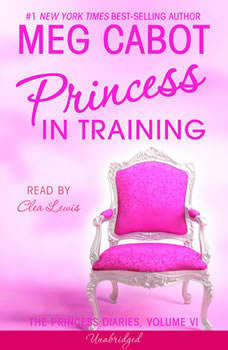 It's an all new school year for Princess Mia, with all new classes, all new challenges . . . and all new worries. With a baby brother at home who won't stop crying and a potential eco-disaster in her native land that has all of Europe in an uproar, Mia's got a lot more on her mind than just a case of the sophomore slumps:

• Michael, so busy with his new classes at Columbia, barely has time to IM, let alone make out.

• Lana, who has some disturbing information on just what college boys expect from their girlfriends.

• Lilly, who seems to think Mia has plenty of time in between flunking geometry and her princess lessons to run for student body president.

• And of course Grandmere, who has a plan to keep Genovia from being thrown out of the EU that seems to include making unscheduled appearances in the hallways of Albert Einstein High in her tiara, and forcing her only granddaughter to fondle the body parts of long deceased saints . . .

Really, it's almost more than a princess in training can bear.