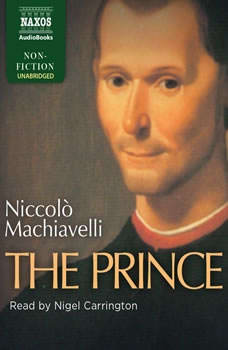 The Prince (1532) is a treatise that systematically charts the best strategies for successful governing. It unapologetically places realism above idealism, showing would-be kings how to get what they want while appearing to be generous and honourable, and advocates that the means – cruelty, duplicity and terror – justify the ends of secure monarchical rule. But it can also be read as the work of a secret republican subtly undermining the despotism of the ruling Medici family. Hugely influential for nearly five centuries, and the reason the word ‘Machiavellian’ has its place in English, The Prince retains its status as the archetypal political primer

Rights of Man
by Thomas Paine

Written in 1791 as a response to Edmund Burke’s Reflections on the Revolution in France, Thomas Paine’s Rights of Man is a seminal work on human freedom and equality. Using the French Revolution and its ideals as an example, he demonstra...

Are we living in a post-truth world, where "alternative facts" replace actual facts and feelings have more weight than evidence? How did we get here? In this volume in the MIT Press Essential Knowledge series, Lee McIntyre traces the development of ...

American author, poet, and philosopher Henry David Thoreau was a passionate abolitionist. Inspired by his opposition to slavery, his illuminating essay "Civil Disobedience" presents the theory that "the government is best that governs least." A powe...

A manifesto for deep and radical change, Creating Freedom explores the limits placed on freedom by human nature and society. It explodes myths, calling for a profound transformation in the way we think about democracy, equality, and our own identiti...

Without question one of the most significant books in modern history, The Communist Manifesto is a brief, populist pamphlet that distils the core ideas of Communism into accessible prose. Published just months before violent uprisings threatened to ...

On Revolution
by Hannah Arendt

Hannah Arendts penetrating observations on the modern world, based on a profound knowledge of the past, have been fundamental to our understanding of our political landscape. On Revolution is her classic exploration of a phenomenon that has reshaped...

Russell sets forth the idea that political ideals must be based upon the ideals that best benefit the individual to create the best life possible. He details the issues that his current economic system and the unequal distribution of wealth present ...

Originally a radical socialist, the current driving force behind the rise of the Hollywood right recounts how he moved from one set of political convictions to another over the course of thirty years, and challenges readers to consider how they came...

In 1831, a Frenchman named Alexis de Tocqueville arrived in New York convinced that the democratic spirit America had embraced would eventually spread across Europe. Democracy in America, a treatise on democratic government written from his fresh pe...