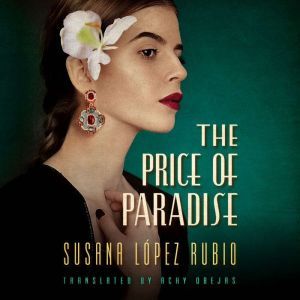 The Price of Paradise

In a city as corrupt as it was luxurious, those who dared to dream were bound to pay the price.Havana, Cuba, 1947. Young Patricio flees impoverished Spain and steps into the sultry island paradise of Havana with only the clothes on his back and half-baked dreams of a better life. Blessed with good looks and natural charm, he lands a job as a runner at El Encanto—one of the most luxurious department stores in the world.Famous for its exquisite offerings from French haute couture to Arabian silks, El Encanto indulges the senses in opulent extravagance. It caters to visiting Hollywood stars, rising politicos, and prerevolutionary Cuba’s wealthiest power players, including the notorious mobster César Valdés.Falling in love with the mobster’s young wife, Gloria, is suicide. But Patricio is irresistibly drawn to the beautiful girl with sad eyes, a razor-sharp intellect, and a penchant for both Christian Dior’s clothes and Einstein’s theories. Within the walls of El Encanto, anything seems possible, even a love that promises to heal them and a desire that thrums with the mambo beat of the city itself.In a reckless love affair that spans half a century, Patricio’s and Gloria’s lives entwine time and again, challenged by every twist of fate—for in a world of murder, betrayal, and revolution, those who dare to reach for paradise seldom survive unscathed.