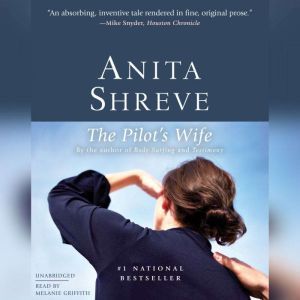 Anita Shreve's hauntingly beautiful #1 bestseller and Oprah's Book Club selection about tragedy, grief, betrayal, and the 'impossibility of knowing another person.'As a pilot's wife, Kathryn has learned to expect both intense exhilaration and long periods alone, but nothing has prepared her for a late-night knock that lets her know her husband has died in a crash.Until now, Kathryn Lyons's life has been peaceful if unextraordinary: a satisfying job teaching high school in the New England mill town of her childhood; a picture-perfect home by the ocean; a precocious, independent-minded fifteen-year-old daughter; and a happy marriage whose occasional dull passages she attributes to the unavoidable deadening of time. As Kathryn struggles with her grief, she descends into a maelstrom of publicity stirred up by the modern hunger for the details of tragedy. Even before the plane is located in waters off the Irish coast, the relentless scrutiny of her husband's life begins to bring a bizarre personal mystery into focus. Could there be any truth to the increasingly disturbing rumors that he had a secret life?

Not bad, but could have been better. I thought the explanation of her husband's life was unrealistic and not in keeping with his character. The author also glossed over some legalities with his situation that I would have like her to explain.

found the story clique and unrealistic, terrible ending, i chucked it across the room

Good book, held your attention, but not exactly what I thought it would be.

I enjoyed this book and found it to be a quick read that held your attention. I do think that the author could have spent some more time developing the husbands past and I agree that it did end somewhat abruptly.