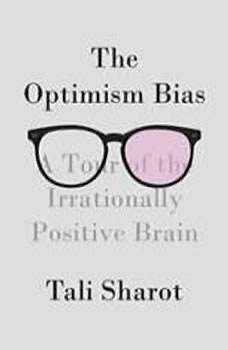 The Optimism Bias: A Tour of the Irrationally Positive Brain

From one of the most innovative neuroscientists at work today, an investigation into the bias toward optimism that exists on a neural level in our brains and plays a major part in determining how we live our lives.

Psychologists have long been aware that most people maintain an often irrationally positive outlook on life. In fact, optimism may be crucial to our existence. Tali Sharot’s experiments, research, and findings in cognitive science have contributed to an increased understanding of the biological basis of optimism. In this fascinating exploration, she takes an in-depth, clarifying look at how the brain generates hope and what happens when it fails; how the brains of optimists and pessimists differ; why we are terrible at predicting what will make us happy; how emotions strengthen our ability to recollect; how anticipation and dread affect us; and how our optimistic illusions affect our financial, professional, and emotional decisions.

With its cutting-edge science and its wide-ranging and accessible narrative, The Optimism Bias provides us with startling new insight into the workings of the brain.