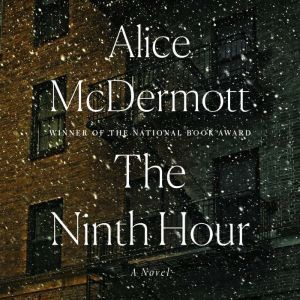 "[Euan Morton's] steady, gentle delivery allows McDermott's elegant prose to shine. It's a quiet story about love and sacrifice that manages to be extremely moving without becoming sentimental or maudlin. Morton's performance similarly brims with emotion but never overflows." — AudioFile magazineA magnificent new audiobook from one of America’s finest writers—a powerfully affecting story spanning the twentieth century of a widow and her daughter and the nuns who serve their Irish-American community in Brooklyn.On a dim winter afternoon, a young Irish immigrant opens the gas taps in his Brooklyn tenement. He is determined to prove—to the subway bosses who have recently fired him, to his pregnant wife—“that the hours of his life belong to himself alone.” In the aftermath of the fire that follows, Sister St. Savior, an aging nun appears, unbidden, to direct the way forward for his widow and his unborn child.We begin deep inside Catholic Brooklyn, in the early part of the twentieth century. Decorum, superstition, and shame collude to erase the man’s brief existence. Yet his suicide, although never spoken of, reverberates through many lives and over the decades testing the limits and the demands of love and sacrifice, of forgiveness and forgetfulness, even through multiple generations.The characters we meet — from Sally, the unborn baby at the beginning of the audiobook who becomes the center of the story, to the nuns whose personalities we come to know and love, to the neighborhood families with whose lives they are entwined — are all rendered with extraordinary sympathy and McDermott’s trademark lucidity and intelligence. Alice McDermott’s The Ninth Hour is a crowning achievement by one of the premiere writers at work in America today, and the audio edition is truly unforgettable.