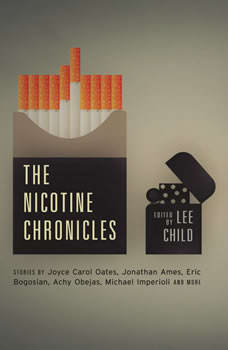 In recent years, nicotine has become as verboten as many hard drugs. The literary styles in this volume are as varied as the moral quandaries herein, and the authors have successfully unleashed their incandescent imaginations on the subject matter, fashioning an immensely addictive collection.

Nothing Good Happens After Midnight
by Jeffery Deaver

Shining in the Dark
by Hans-Ake Lilja

Classic Tales of Horror and Suspense
by Arthur Conan Doyle

When the Snow Falls
by Fern Michaels

Children Playing Before a Statue of H...
by David Sedaris