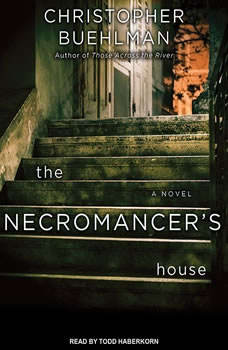 "You think you got away with something, don't you? But your time has run out. We know where you are. And we are coming." The man on the screen says this in Russian. "Who are you?" The man smiles, but it's not a pleasant smile. The image freezes. The celluloid burns exactly where his mouth is, burns in the nearly flat U of his smile. His eyes burn, too. The man fades, leaving the burning smiley face smoldering on the screen. "Oh Christ," Andrew says. The television catches fire. Andrew Ranulf Blankenship is a handsome, stylish nonconformist with wry wit, a classic Mustang, and a massive library. He is also a recovering alcoholic and a practicing warlock, able to speak with the dead through film. His house is a maze of sorcerous booby traps and escape tunnels, as yours might be if you were sitting on a treasury of Russian magic stolen from the Soviet Union thirty years ago. Andrew has long known that magic was a brutal game requiring blood sacrifice and a willingness to confront death, but his many years of peace and comfort have left him soft, more concerned with maintaining false youth than with seeing to his own defense. Now a monster straight from the pages of Russian folklore is coming for him, and frost and death are coming with her.