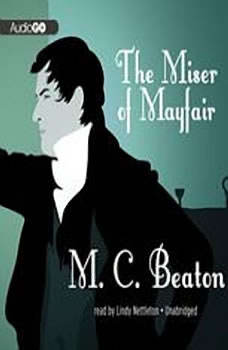 The Miser of Mayfair

Series: The House for the Season Series #1

Is Number 67 Clarges Steet the unluckiest house in Mayfair? Every season the beau mondes of the Regency would hire a house in the heart of London's fashionable West End at disproportionately high rent for often inferior accommodation and yet Number 67 Clarges Street, a town house complete with staff, remains vacant from year to year. Could it be that it is associated with ill luck and even death? Something must be done so that the servants of this house don't lose their livelihood. Salvation seems to come in the form of Roderick Sinclair who confirms he wishes to rent the house for the current season. The staff is overjoyed-until they find that Mr. Sinclair is a terrible miser who is planning no parties. Furthermore, his ward, Fiona, though a dazzling Highland beauty, does not seem to possess one bright idea in her head. But it is Rainbird, Number 67's clever and elegant butler, who sees through her facade and resolves to help his mysterious mistress in whatever way he can.