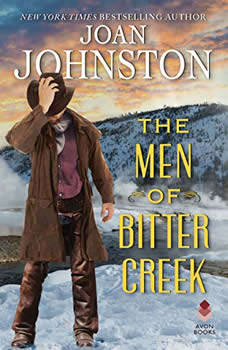 The Men of Bitter Creek

Cale Landry
When THE MAN FROM WOLF CREEK leaves his secluded mountain refuge to seek revenge on the thief who robbed him, he never expected he’d end up taking home the wily old bandit’s gorgeous and spirited daughter Raven. But Cale will never get back what he lost, until he learns to trust in love.

Conn Benton
Conn Benton is shocked at the suggestion he should marry a Winthrop—especially that tall, redheaded Emaline—to end the feud between their families.  He might marry her and bed her, but he has no intention of loving her. It takes a Yuletide miracle, THE CHRISTMAS BABY, to heal his vengeful heart.

This enthralling novel from popular author Linda Lael Miller's beloved series stars Rance McKettrick, second of the new generation of McKettrick men. Devoted to his work since the death of his wife five years ago, Rance feels his heart stir when ecc...

After nearly a decade as a sous-chef in a trendy eatery, and fresh off a divorce from the owner, Jenna Stevens is desperate for a change. So when she spots a for-lease sign in her hometown, she impulsively decides to open her very own cooking store....