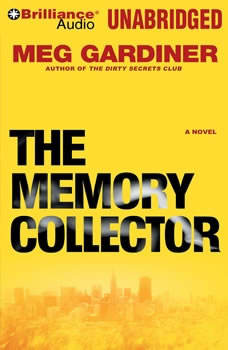 Forensic psychiatrist Jo Beckett’s specialty is the psychological autopsy—an investigation into a person’s life to determine whether a death was natural, accidental, suicide, or homicide. She calls herself a deadshrinker instead of a headshrinker: The silence of her “patients” is a key part of the job’s attraction. When Jo is asked to do a psychological autopsy on a living person—one with a suspect memory who can’t be trusted to participate in his own medical care—she knows all her skills will be put to the test.Jo is called to the scene of an aircraft inbound from London to help deal with a passenger who is behaving erratically. She figures out that he’s got anteretrograde amnesia, and can’t form new memories. As his thoughts drift away like tendrils of smoke, Jo finds herself racing to save a patient who can walk and talk yet can’t help her figure out just what happened to him. For every cryptic clue he is able to drag up from his memory, Jo has to sift through a dozen nonsensical statements. Suddenly a string of clues arises—something to do with a superdeadly biological agent code-named “Slick,” missing people, and a secret partnership gone horribly wrong. Jo realizes her patient’s addled mind may hold the key to preventing something terrible from happening in her beloved San Francisco. In order to prevent it, she will have to get deeper into the life of a patient than she ever has before, hoping the truth emerges from the fog of his mind in time to save her city—and herself.