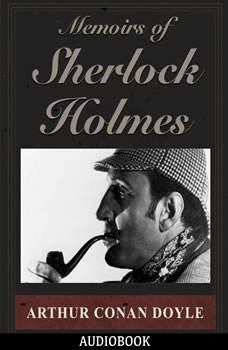 The Memoirs of Sherlock Holmes

Boasting some of Sherlock Holmes's finest adventures, this classic 1894 collection was originally written in serial form. Eleven of the most popular tales of the immortal sleuth include "Silver Blaze," concerning the "curious incident of the dog in the night-time"; "The Greek Interpreter," starring Holmes's even more formidable brother, Mycroft; and "The Final Problem," the detective's notorious confrontation with arch-criminal Moriarty at the Reichenbach Falls. Holmes and Dr. Watson remain history's greatest detective team, and Sir Arthur Conan Doyle's portrayals of male comradeship, the thrills of the chase, and the misty precincts of Victorian London remains unmatched in detective literature. Eleven classic tales of deduction: Silver Blaze • The Yellow Face • The Stock-Broker's Clerk • The Gloria Scott • The Musgrave Ritual • The Reigate Puzzle • The Crooked Man • The Resident Patient • The Greek Interpreter • The Naval Treaty • The Final Problem They include one of the most famous Sherlock Holmes stories, "The Adventure of the Final Problem", in which Doyle "killed" Holmes. Several of the stories are told in a way which is more from Holmes' own point of view, as he tells Watson some of his early work that he did before meeting the doctor.