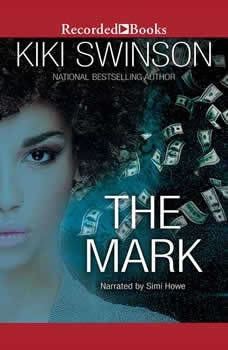 Her "unrelenting" (Publishers Weekly) and "tension-packed" (Library Journal) novels have made Kiki Swinson a bestselling chronicler of the Virginia's most glittering, treacherous streets. In the explosive follow-up to her high-octane The Score, a master thief's ultimate payday delivers the deadliest game of all. Two for the money. Identity thief Lauren Kelly thought she was safe. The millions she stole from her double-crossing accomplice and ex-lover Matt Connors bought a quiet upscale life for her, her unsuspecting new husband Drake, and their precious baby. But betrayal was just the beginning. Three to throw down. When both Drake and the baby go missing, it's courtesy of a vengeful Matt. Lauren has less than twenty-four hours to give him back the money. She's prepared for any payback-but nothing can keep this exchange from going all-the-way wrong. No price is too high. Now Lauren lives to hunt Matt down. She'll strip away his fortune, work all his weaknesses-and destroy his every strength. But she's heading straight into an insidious trap that could turn sweet revenge into mutually-assured destruction.