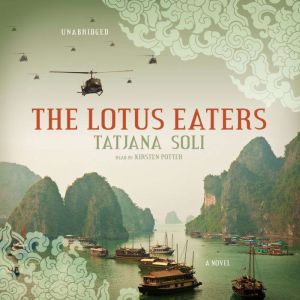 It’s 1975, and the North Vietnamese army is poised to roll into Saigon. As city begins to fall in earnest, two lovers make their way through the chaos to escape to a new life. Helen Adams, an American photojournalist, must take leave not only of a war she is addicted to, but of a devastated country she has come to love. Nguyen Pran Linh, the man who loves her, must deal with his own conflicted loyalties, both of heart and homeland. As they race through the streets, they play out a drama of love and betrayal that began twelve years before with their mentor, the larger-than-life war correspondent, Sam Darrow, who was once Helen’s infuriating love and fiercest competitor, as he was Linh’s secret protector and truest friend. As the sun sets on their life in Saigon, Helen and Linh struggle against both their inner demons and the ghosts of the past, in this sweeping epic that illuminates the wrenching horrors of war, the dangerous narcotic of obsession, and the redemptive power of love. A New York Times bestseller. A 2010 Kirkus Reviews Top 25 Book for Debut Fiction. A 2010 Los Angeles Times Art Seidenbaum Prize for First Fiction Finalist. A Indie Next Notable Title, April 2010. A 2010 ALA Notable Book for Fiction. Winner of the 2010 James Tait Black Memorial Prize for Fiction. One of the 2010 New York Times Book Review 100 Notable Books for Fiction.