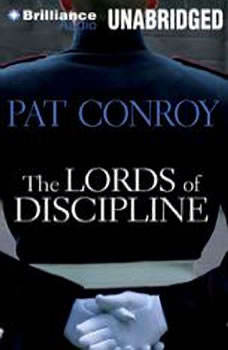 The Lords of Discipline

This powerful and breathtaking novel is the story of four cadets who have become bloodbrothers. Together they will encounter the hell of hazing and the rabid, raunchy and dangerously secretive atmosphere of an arrogant and proud military institute. They will experience the violence. The passion. The rage. The friendship. The loyalty. The betrayal. Together, they will brace themselves for the brutal transition to manhood... and one will not survive. With all the dramatic brilliance he brought to The Great Santini, Pat Conroy sweeps you into the turbulent world of these four friends - and draws you deep into the heart of his rebellious hero, Will McLean, an outsider forging his personal code of honor, who falls in love with a whimsical beauty... and who undergoes a transition more remarkable then he ever imagined possible.