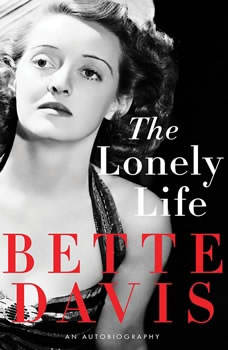 The Lonely Life: An Autobiography

Originally published in 1962, The Lonely Life is legendary silver screen actress Bette Davis's lively and riveting account of her life, loves, and marriages--now in ebook for the first time, and updated with an afterword she wrote just before her death. As Davis says in the opening lines of her classic memoir: "I have always been driven by some distant music--a battle hymn, no doubt--for I have been at war from the beginning. I rode into the field with sword gleaming and standard flying. I was going to conquer the world." A bold, unapologetic book by a unique and formidable woman, The Lonely Life details the first fifty-plus years of Davis's life--her Yankee childhood, her rise to stardom in Hollywood, the birth of her beloved children, and the uncompromising choices she made along the way to succeed. The book was updated with new material in the 1980s, bringing the story up to the end of Davis's life--all the heartbreak, all the drama, and all the love she experienced at every stage of her extraordinary life. The Lonely Life proves conclusively that the legendary image of Bette Davis is not a fable but a marvelous reality.