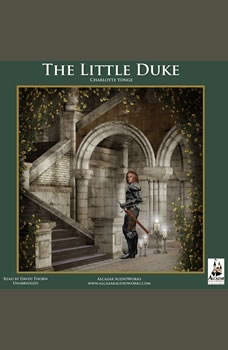 A classic work of historical fiction for children, which tells the true tale of a tenth-century nine year-old boy who becomes Duke of Normandy after his father is cruelly assassinated.This is the childhood history of Richard the Fearless, the great grandfather of William the Conqueror. When he was just nine years old, Richard's father, the Duke of Normandy was assassinated. The boy was then kidnapped and imprisoned by Louis IV of France, who seized Normandy and installed Richard in his father's office. Louis IV kept young Richard in confinement, but the boy was able to make his escape, thanks to the bravery and daring of Richard's loyal squire, Sir Osmond de Centeville, and other knights. Full of suspense and bravery, The Little Duke is the story of loyalty, resolve, and, most of all, courage.